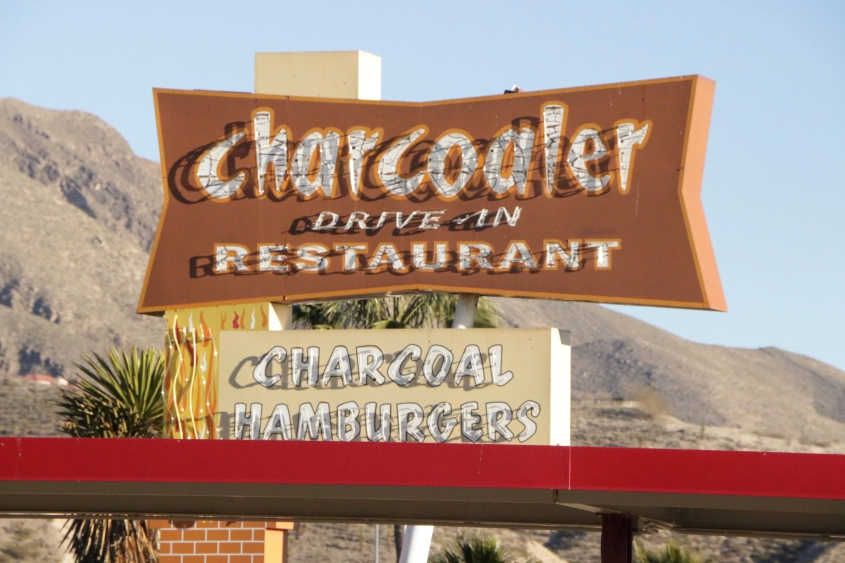 The neon sign on Mesa Street that reads “Charcoaler Drive-In Restaurant” has been as iconic as the Star on the mountain in the El Paso night sky. Closing its doors for its last time on the 31st of January, it will be missed not only for its delicious burgers but for all the memories that so many generations of El Pasoans have made there.

The Charcoaler is so much more than a large patch of grass with a large sign overlooking the parking space; it is more than the smoke coming from the grills or the smell of the fries dancing through the air.

“I still have people come in, you know, older couples like myself, ‘I was on my first date at the Charcoaler; I met my wife there.’ It just became an icon,” owner Bobby Cox said. In a world that is being crowded with national fast food chains, it has been The Charcoaler that gave so many a personal feeling.

It is a family operated business that was passed down from Robert Cox Sr. to current owner Bobby Cox, and has been open since 1961. The product has been the bait that has attracted El Pasoans for years and it is evidence of that family atmosphere, as the food has been relished by El Paso since its doors opened.

The onion rings and special sauce in the burgers are family recipes, but what also plays an essential part in the flavor is the care that goes into making the food. Unlike the fast food chains that freeze ingredients and prepare food to have it shoveled out as fast as it’s made, the Charcoaler has used only the freshest ingredients for as long as its customers have been driving through its white gate-door.

So much so, that the modest drive-in restaurant has attracted crowds of people: “It just took off ‘cause all the kids wanted to go there; it just became the place. I mean it was so crazy that on Friday, Saturday, and Sunday we had to have police there to direct traffic.”

The restaurant has served food that made one feel as if they themselves were at a family cookout. It has been perfect for taking family, friends, coworkers, really just about anybody because the Charcoaler truly has been the place to be.

It was even referenced to Benjamin Alire Saenz’s award winning young adult novel, Aristotle and Dante Discover the Secrets of the Universe, being where one of the main characters worked.

With the Charcoaler closing soon, El Pasoans have been flushing to get one last taste of the small burgers that have become so iconic for so long.