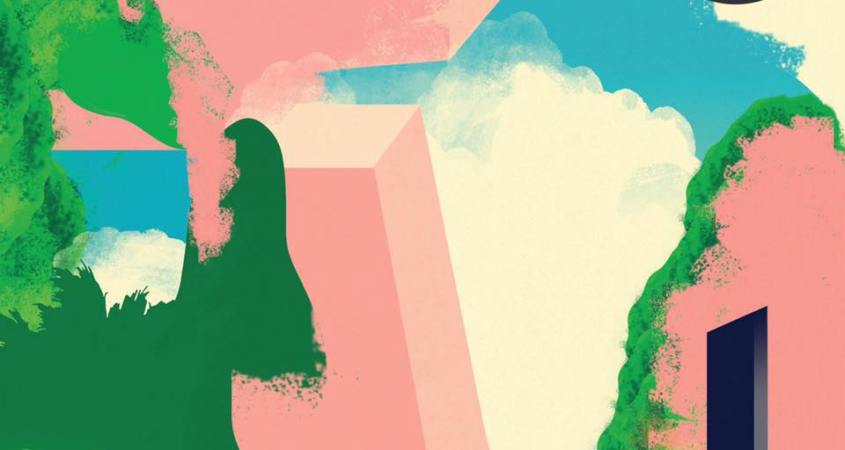 These Austin-based, El Paso natives, have been preforming together for about ten years now. The members of Holy Wave met when they ran about the streets of Northeast and Westside El Paso, Texas, hanging out in the underground scene while soaking up the local talent. The band has released three LP’s generating a following and admiration from the music scene in both cities and across the nation. After over a year of touring and recording, Holy Wave releases Adult Fear, via The Reverberation Appreciation Society.

Being described by the band as an album “for the mad ones only,” Holy Wave’s Adult Fear is an orchestrated daydream. Psychedelic and melodic, the band’s fourth LP release via The Reverberation Appreciation Society perfectly captures the desires and fears of embracing adulthood. Each track creates an atmosphere of reveries that reminds El Paso locals of the winds and the sunsets experienced in the Sun City and across the state of Texas.

The first track, “Nation in Regress,” opens with a simple melody that drops listeners straight into a dream. Reminiscent of psychedelic Beatles, the opening track invites the curious adolescent into the disarray of adulthood. The following track, “How Was I Supposed to Know,” sobers the daydream into the reality of mistakes and being misunderstood. “Habibi,” the third track and longest track of the album, tackles the brilliant task of transforming one song into another with a crescendo of kaleidoscopic proportion. Other tracks like “Dixie Cups” and “David’s Flower,” sound like the ultimate 80’s indie prom slow jams, just picture fog machine smoke and pink/purple lighting. The album wraps up with “Adult Fear,” the track that lifts the tempo of the album back to how it began and leaves the listeners dancing into the night (or day).

Overall, Adult Fear communicates the disappointments, confusions, and openness of becoming an adult in this day and age. As band member Ryan Fusion describes in an interview, “We were all a bit more introspective when writing this one. I think it deals with growing pains but the pains of becoming adults, of not being a child anymore and trying to rationalize it all. The whole process can be quite strange and it’s one we must all experience.” Such sentiments are both heard and felt in Adult Fear. Taking a more melodic route than their previous albums by utilizing more keys and synth, Holy Wave created a sound album with tracks that stand alone and work together in a journey into adulthood.