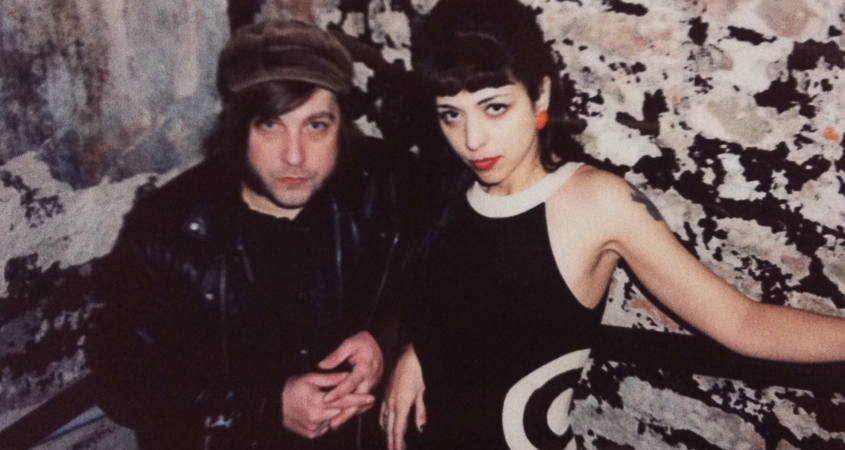 Networking, a small tour in Brazil, and back-and-forth flights from Brazil to Denmark is the quick overview of the love story between Flavia and Martin Couri. The garage sensation taking over Europe is more than just a talented duo playing music; the Courettes are also the husband and wife team that balance between head-banging shows and raising a child. Now they tour and celebrate the release of their latest album, ‘We Are The Courettes!’

It was less than five years ago that Flavia’s band in Brazil was trying to find someone to record their album and being placed on a tour with a band from Denmark, met Martin.

Flavia said of her initial relationship with Martin, “you know, he was single and I was single. It could have been a one-night stand and it turned out to be a little more serious than that. We fell in love.”

The Courettes, more specifically, came to be as a result of the logistics of making the relationship work. Flavia initially continued to live in Brazil. When relationships in her band became strained, she took the risk of moving to Denmark and charting the “unknown,” leaving the success and certainty of her career in Brazil. It was the transatlantic commute where the first Courettes songs would be written.

“It was all this time I had been in an airplane doing nothing and I just had ideas for songs. We went to the studio for the first time, and played together just the drums and guitar. It was funny because we didn’t plan to make a duo. We didn’t plan to make a band. At first it was just a love story,” Flavia explained.

Flavia and Martin are an example of music bringing people together. Flavia recounted their amazement at the fact that her and Martin’s record collection were so similar despite them living 10,000 kilometers apart. “We love the 60’s,” she said. Bands like the Beatles, Rolling Stones, and the Kinks are big influences for the Courettes as well as the late 80’s punk/garage movement.

Their first show as a duo, producer Kim Kix was in the audience. Kix, who has produced both of the Courettes studio albums, offered to record their first album then and there. Flavia’s risk had paid off and her “have no expectations” mentality was rewarded. “Follow your dreams and listen to your inner voice because that’s how good things happen in life,” she said.

All of this happened in 2015. The Courettes have slowly started taking over the world since then receiving high reviews and praise, played in over 13 countries, and having put out their second album already. Between the two albums, the dynamic duo also had their first child.

Their first album, Here Are The Courettes!, was a reflection of the development of the relationship. “Love was the main subject because we were falling in love,” Flavia said. “This album, I think, has a little bit more about [having our child and the development of our careers.] For example we have a song, ‘Strawberry Boy,’ and we have a song about making choices in life. We have a song about relationships that end up badly, and we have love stories, too.”

The band’s bi-nationality has also impacted their music, as well as their reception among audiences.

“People here in Europe think it’s very exotic! When they see you’re from Brazil they’re like, ‘woah! Brazil.’ So ‘Voodoo Doll,’ started more like a joke. ‘Oh yeah, I come from Brazil. I make some hardcore voodoo.’ There’s no voodoo in Brazil, for example. It started as a joke and it turned out to be a very good joke because we managed to get Coffin Joe (José Mojica Marins, an iconic Brazilian horror filmmaker).”

Coffin Joe does appear in the album and partially thanks to Kim Kix. And so some Portuguese spells were introduced into the album. But the whole joke is a play on the exotification  on Latin/South American cultures.

Most of their touring however has been in Europe. Getting into a new market like the United States is difficult, Flavia explained saying that despite being asked to play in the U.S. several times, the costs of playing small clubs and venues is challenging. Meanwhile in Europe, the countries are all packed together. Even in her home country of Brazil can be tough because the country is so large and spacious, the distances create an obstacle.

“I think music connects people,” Flavia said. This is how she explained her experiences traveling across borders. “There shouldn’t be borders, for me this is bullshit.” For the Courettes this mentality plays into their music. Flavia herself said even if you don’t speak a common language, the music, the energy will be enough to connect people.

“If we can get the audience to get wild and to move, we have mission accomplished.” 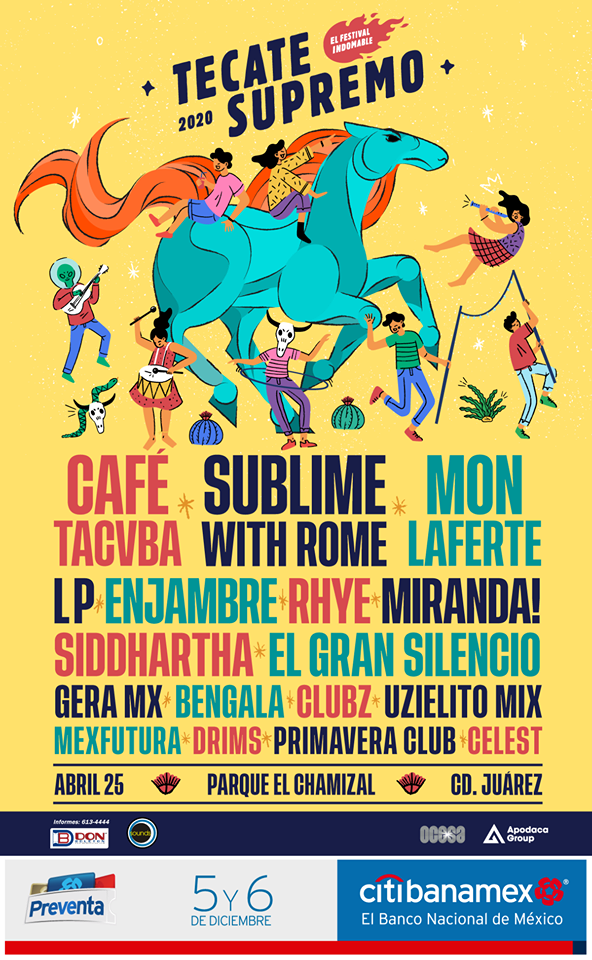