After capturing many’s attention and being listed as one of the top performances at Moogfest by the New York Times, Norwegian artist Jenny Hval, has released her EP, The Long Sleep. This marks her first official release in two years. The EP is out via Sacred Bones. 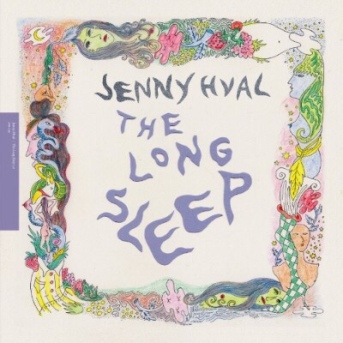 The Long Sleep follows her collaboration with Håvard Volde on an EP that came out this last February and precedes her debut novel, Paradise Rot, which will be out October 2nd through Penguin Random House’s Verso.

The music video for the track “Sleep,” also comes with the release of the EP. The video was directed by Constance Tenvik.

Hval explained the narrative of the music video saying, “a detective like version of Jenny is carrying a mysterious suitcase through various disco infused rooms. At times her doppelganger appears. Soon enough the content of the chased suitcase is revealed to be pastel colored marshmallows. The slumber party is officially open and the sweets are up for grabs. A pillow fight evolves into a carnivalesque parade serving dance moves and crocodiles made out of bread and spinach – and with hard boiled eggs as eyes (recipe found in Roald Dahl’s Revolting Recipes).”