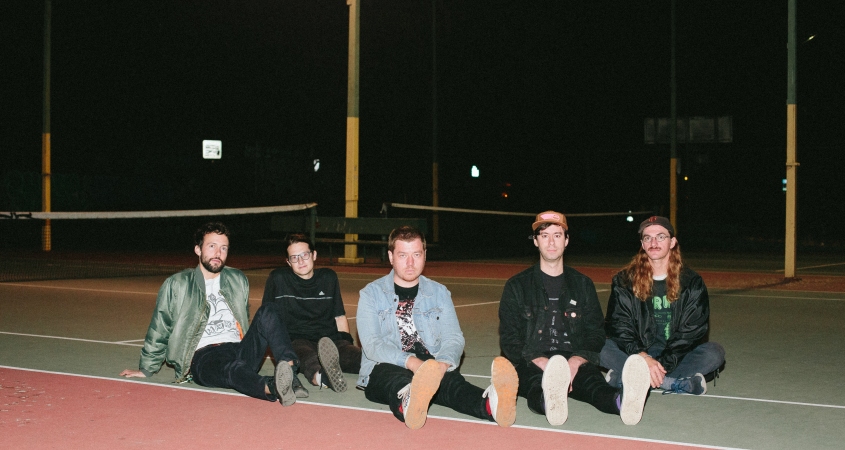 Oakland’s very own Club Night released their highly anticipated debut album titled What Life via Tiny Engines. Initially shocking is the shorter length of the LP. The final track listing is in of itself, only 8 songs long. It isn’t until you venture into the intro song that you realize why the album ends before the songs get into the double digits. Each song takes on the idea of creating a means of different landscapes.

Each song is seemingly stitched together with several ideas that is undoubtedly what each member brings to the table. Never becoming completely distracted or too confusing, each song splits into their own sub songs. Guitars and bass dance around Josh Bertram’s high registering vocals as if telling a saga in every single song. The innovation is truly impressive and commendable in the way that Club Night pulls this feat off effortlessly.

Despite such a shorter tracklist, Club Night’s debut album What Life fills every single second they have available with great instrumentation. Every song tells a remarkable story along with changes that will keep listeners on their toes for several later play-throughs to come.